Operated by the Pendergast Family Since 1965

Penderosa Cottages is celebrating its 50th anniversary in 2015 and it has been owned and operated by the Pendergast family since the beginning! 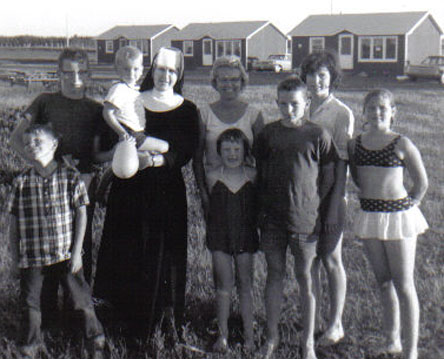 We have many guests who have been coming to the Penderosa for decades, often staying in the same cottage for the same weeks every summer. With the same families coming back every year, many of them form lifelong friendships with the Pendergast family and often with each other. 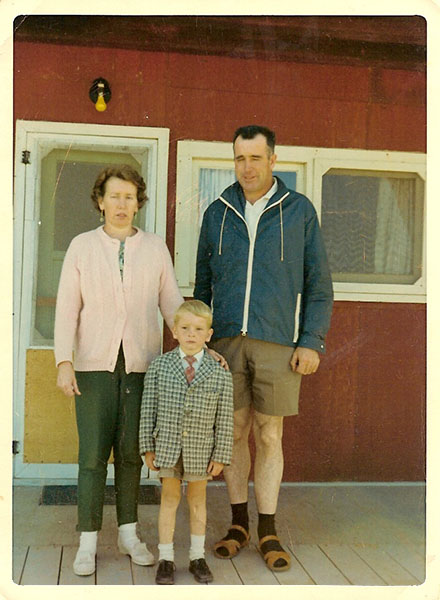 The family of James and Gertrude Pendergast purchased farmland from the MacKay family along the Gulf of St. Lawrence in 1964. At the time, there was only one small cottage on the site and the remainder was farmland. The Pendergast family built three additional cottages in 1965 in line with the original cottage that was on-site and then in 1966 built the two A-frame cottages. The A-frames were constructed with logs from local woods as well as using hand-hewn beams from historic Pendergast family barn 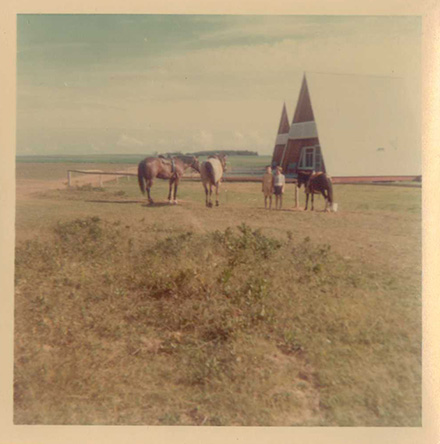 The horses were cool.

Four generations of the Pendergast family have worked at the Penderosa over the years; cleaning cottages, collecting garbage, guiding trail rides, operating the convenience store, and cutting grass. The Pendergast aunts, uncles, and cousins came from all across Canada in the summers to join Gertrude, Austin, and Ethel at Penderosa; working and playing together as a family. The Pendergast family holds a reunion every five years to celebrate family and reminisce about the great times spent at the Penderosa over the years. 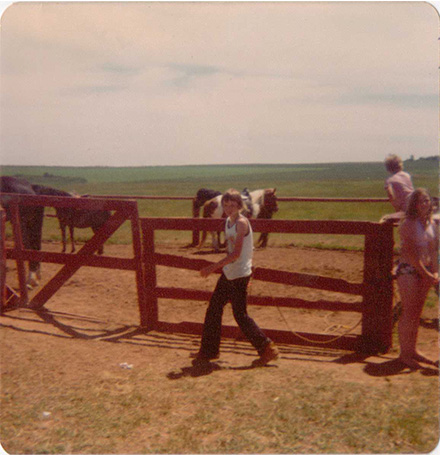 Working at the horse corral

In the early 1970s, the Pendergast family expanded the cottage business to include a large campground which included hundreds of tent and serviced trailer sites. The operation also included horse trail rides along the beach as well as a large convenience and grocery store.

Musical jamborees were held at Penderosa every Sunday in the summers during the 1970s and 80s, with many well-known musical acts entertaining guests and many local people who came from across the Island to enjoy the outdoor entertainment and the beach. 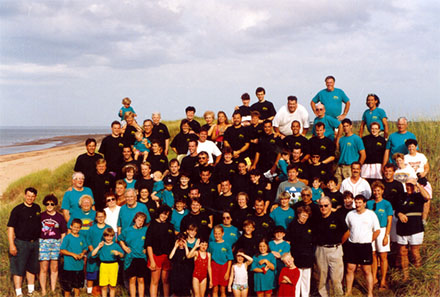 Additional cottages were purchased from an operation in Summerside and moved to Penderosa in the early 1980s. With these additional 15 cottages and the conversion of the former store and office into a cottage ("the Beachhouse"), the Penderosa rented 22 cottages. 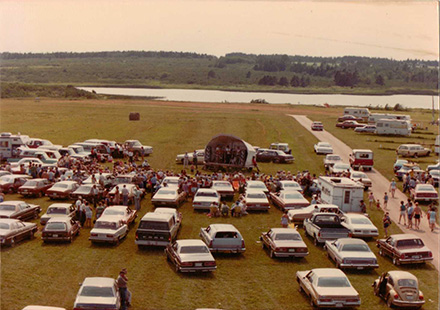 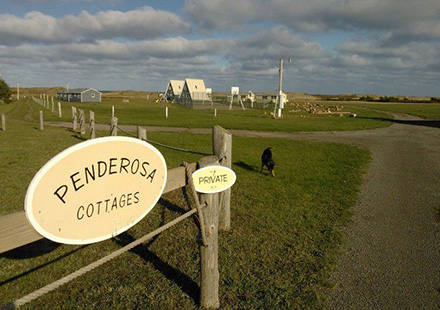 Your own private beach

In the late 1990s, some of the family of Austin and Ethel Pendergast purchased the Penderosa and have down-sized the rental operation over the years, first to ten and now to six rental cottages. The original six cottages were renovated in the early 2000s and also two new cottages were built (#9 and #10). The former office/store was moved (again!) and converted into a large set of rental flats, both three bedrooms (#7 and #8). 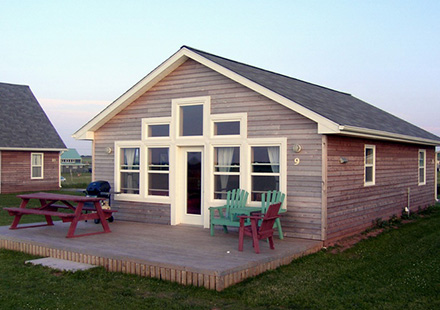 In 2015 the A-frames were moved from their original location by the sand dunes to slightly back from the dunes and at a higher elevation to improve their view with new large decks on the front. The new location of the A-frames also means all the cottages at Penderosa are along the outer ring of the property, allowing for a better viewscape for all and safer common space in the middle of the property with no cars or roads. 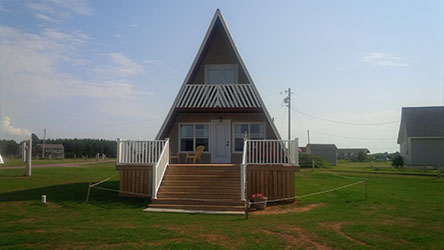 Designed and Developed by Chris Zulinov